Changing the name of the default branch may be big for teams. If you have repos with many contributors, you should communicate first. Give them a timeline so they know what to expect.

2) Note that some features may not work

For the longest time master has been the default branch name in git and GitHub. So you may see some GitHub features not working properly.

One example is GitHub pages. It currently gives you two source options, and both are from the master branch. I think this will change soon. But in the meantime you may want to keep master branches of your GitHub pages repositories. 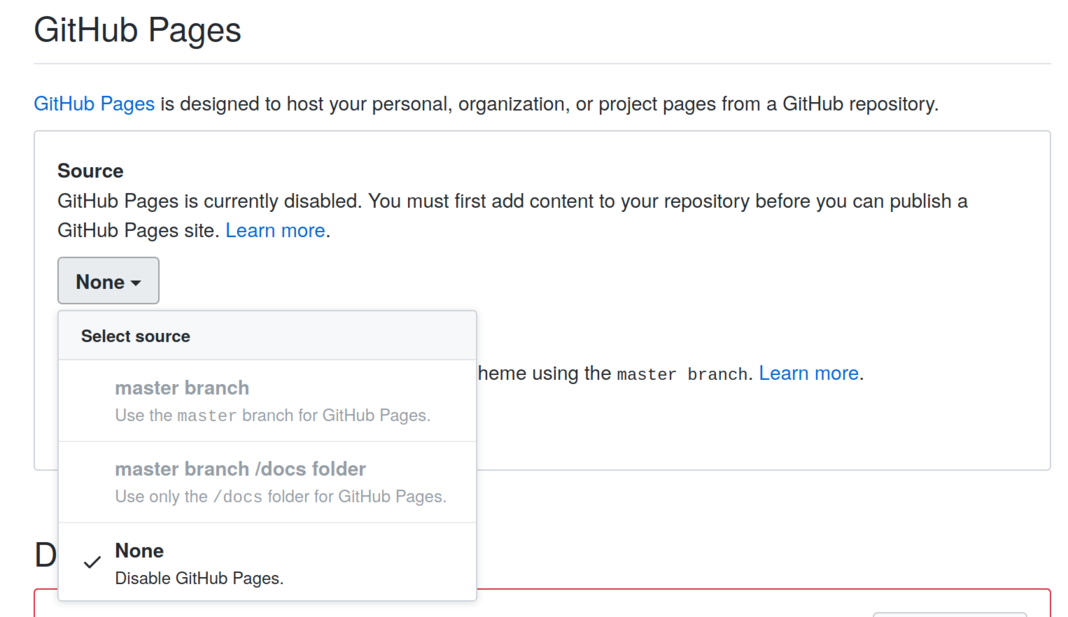 git-hub is a command line tool that you can use to talk to GitHub. There are three ways to install, all explained in its readme file. I will explain the preferred way here.

First step is to clone the repository. It’s going to be run from the folder you cloned it to. I picked /home/kivanc/.git-hub, or ~/.git-hub in short.

Now we cloned the repository, but we still don’t have git hub command available. We need to run source for initialization script.

Instead of running source every time we need git hub, we can add it to our shell startup. I added it to ~/.bash_aliases. If you don’t have that, try ~/.bashrc, ~/.bash_profile or ~/.profile. Note that you need two greater-than signs for “append”. One greater-than means “overwrite”.

For some git-hub commands to work, you need to run the following command. It will ask you for your GitHub username, password, and 2FA code (if any).

fREW wrote a script that automates the whole process. So you don’t have to go through repos one by one. You can see the script at https://gist.github.com/frioux/6c259c63dda705f9ef9d030ddb880347.

You can download the script from there, or you can clone it as if it was a repository.

After you have the script, make sure it’s executable:

Script will use “main” as default branch name. If you want to use something else, you should find and replace “main” with the word of your choosing. So for example, if you want to use “trunk”, you can run the following.

All that is left is to run the script.