On Twitter, a microblog where users post tweets with 140 characters, there is usually an untold competition going on for followers. Twitter uses bidirectional connections, so a user can follow anyone unless it’s protected. This system allows public figures to have tens of thousands of followers with ease. Some reach millions. Although it’s not a true indicator for a “good account”, it’s one of three numbers that twitter uses to introduce the user. Hence, it’s one of the statistics that users look at.

Number of followers is used to introduce the user by Twitter.

So to increase the number of followers, some people get close to the underground markets and pay someone with thousands of twitter bots to follow his/her account from the bots. According to a research conducted by Barracuda Labs, Mitt Romney seemed to have thousands of fake followers. It was noted that these fake followers are not necessarily paid by himself, but still the blackmarket clearly exists. A similar issue exists in Turkey as well, where Twitter is 8th most visited web site. 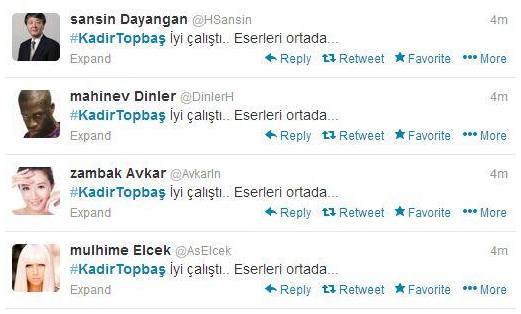 Some users with the exact same tweet about a candidate running for municipal presidency, before the elections.

Be it buying accounts to follow you, or accounts to tweet about you; there are several questions to be asked. First question is, is it ethically correct? Is it nice to get inorganic information about yourself on social media? Do people who make such purchases follow common sense? Do they just think “trolling” worldwide used networks is of no problem? And what about the people who provide such “products” to the “market”? Do they feel guilty at all? Who’s to blame? These kinds of questions remind me of the famous discussion about “resisting evil” in the movie Winter Sleep. Should we act to stop this abuse? Do Twitter take steps to prevent the emergence of fake accounts?

Obviously enough, they have it in the book that they don’t want fake accounts to be around. However, with a simple search on eBay anyone can reach the market.

A screenshot from eBay

And there is also a market for Trending Topics (shortly TT), a list which has the popular hashtags that are being tweeted about. As most of the Turkish users already know, this list is not organic at all. When you want to see what is going on in Turkey, what you usually get is some advertising. Even when I’m writing in this post, the most popular topic was about the price of the TT. 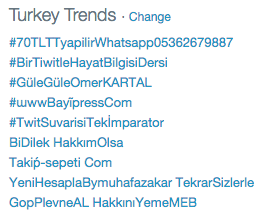 I wanted to dig about that a bit, just to prove myself. So I looked at the latest 5 tweets. 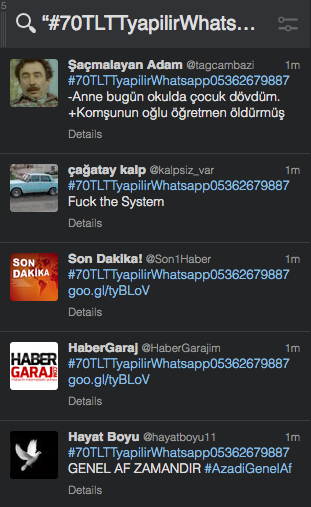 Recent tweets with the top TT, searched on tweetdeck

And I wanted to investigate the interface those tweets are sent from. To explain it a little more, I was curious about if those tweets are written on twitter.com, which is not likely, or are they being tweeted by some scripts. Until recently, the interface could have been seen on web, but it’s not possible anymore. I made use of tweetdeck client to get that information. The result was no surprise. 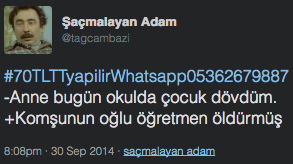 So the user has created an application with the same name (except the cedilla), and has been using the application to send his/her tweets. At this point, we can go back to the question “What’s wrong with that?”, but I’m not going to do it here. If you have a doubt about that, I’m going to put a link to Twitter Rules. (But then again, who are the people to set the rules, why the rules are there, and the discussion goes on.) Then I’ve come up with a funny price list! Actually, it was not hard to find it at all. 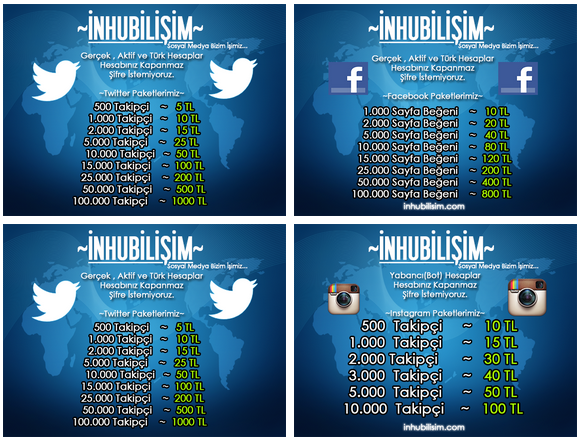 And I found out that they started working for different networks as well. Well, I become a bit exhausted at this point, because it already became a creative business model. I’m personally following tens of Turkish users too, but I hope I made my reason for not looking at Turkish TTs clear. This is just insane. Trending topic abuse does not seem to be an issue around the world, but according to this article on Yahoo, some founders and co-founders of huge Silicon Valley companies (including Twitter) have a quite huge percentage of fake followers. I’m not saying they’re buying it, it might be even the fact that bots are following them as a protective measure. Still, I have no idea if following the CEO of Twitter reduces the possibility of your account being banned.

So why don’t they terminate all the fake accounts? Why don’t they ban all people who cause fake TTs? One reason is they’re not easy to detect. Speaking for English-tweeting accounts, some fake accounts look stronger than real accounts. There might be a real account with no information filled in, no tweets sent and no followers that are being used to just read and follow. On the other hand, some fake accounts look a lot like real human beings. But Twitter might be skipping two details in this battle: The client that the tweet is sent from, and the profile picture. I already talked about the client above. The profile picture of the user can be searched through the web to check whether it’s a popular picture or not. Some bots have exactly the same picture, because finding pictures for all these fake accounts must be the toughest part. 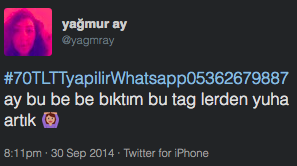 "oh come on i'm fed up with these tags"